Coming to the office, today morning I was struck by the picture of one of my colleagues with couple of managers surrounding him. Looking at their faces, it was clear to me, that they stayed up whole night in the office. They were not fighting any fire, just finishing the release (sadly we do releases in the nights in my current work). The release was one that we do yearly, that took the whole night last year as well, and the year before and…
Last year I was driving the release and together with other guys we came to some ideas about things that could have been automated or prepared earlier to save us time and let us all have some sleep and avoid morning debugging (which is no better then  debugging while drunk), and most important – shorten the time when site was under maintenance.
But we didn’t get support from managers to spend day or two to automate those little things.  Let’s say I understand managers’  point of view. They are chasing due dates, while working with limited resources.

But why don’t they want to go to sleep and leave the job to engineers they trust?

Some other day while I was headed home, on my way between my desk and the office exit, passing near QA desks I was caught into discussing some issue. I have cleared that with them that the issue wasn’t urgent, it was actually there for some time already, and could definitely wait until next day.
A minute after, I was about to leave, my manager stopped while passing by as he noticed the crowd.
He stopped, even though he wanted to catch his train. He stopped not knowing what we were discussing, just out of generic “what’s up” need to know. As we told him the story, I’ve seen his face turning from tired to energized, excited. He would take off his coat and happily assist the investigation and/or fire fighting.

But why didn’t he prefer to leave that with his trusted engineers and go home?

I have actually seen that happening many times. Here’s a meme from devopsreactions tumblr that reminds me of that moments when I’m firefighting some issue while my manager is assisting me.

My experience makes me feel, it’s not at all about seniority.

So what is it?

What makes some engineers energized when things are falling apart, excited with firefighting, more than with building resilient, self healing, automated systems? Why is it the opposite for me and many other engineers?

In my previous work, we used to joke that we don’t sleep, while we hold dresser from falling (context: there was that ridiculous article, that become viral in one Polish tabloid about a guy who claimed that he actually was holding his dresser from falling when trucks passing nearby shook his house) 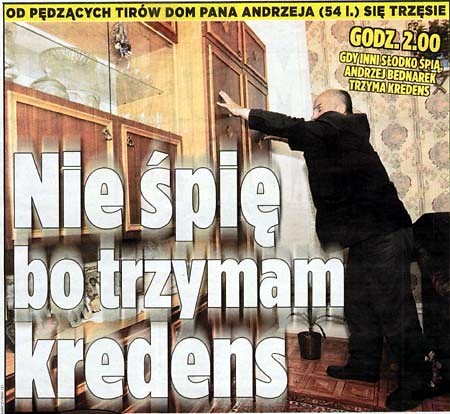 Our dresser was of course the website. And it was funny because it really wasn’t. We hated those moments when we didn’t have enough time to focus on improving reliability because we were busy firefighting emergencies.

What makes some engineers energized busy holding the dresser from falling, while others get their energy from productive work do on stabilizing the stack to leave the office early and have good sleep?
Or why some managers trust their engineers and leave releasing code to them and some attend releases and hover over every move?

This site uses Akismet to reduce spam. Learn how your comment data is processed.